This extraodrinary spot, for a change, is located in a town Wałbrzych, in Lower Silesia region, in south-western Poland. The building was raised in 1936-1938- the town was then part of the III Reich, and known under the German name Waldenburg. The monumental structure has been constructed to praise the silesian insurgents, soldiers killed in World War I and casualties of silesian mines- hence the name Totenburg which means 'the castle of the dead' in German.

This site probably not exactly fits the description of typical 'abandoned place', as it's rather a forsaken monument commemorating a local past, than an actual building. However, Totenburg has this unique aura of mystery connected to it's part in Nazi-German history, and this is what makes this place so special.

Rumour has it, that Totenburg was not only a mausoleum, but first and foremost it was some sort of temple for the infamous SS organization. The Nazi-German SS was said to be strongly enthusiastic about occultism, ancient mysticism and secret rituals. It's not an official theory (not very unlikely, though) but it's commonly believed that Totenburg was a shrine for initiation ceremonies, of SS secretive sections new adepts. The course of those half legendary rites remains a mystery, and the peculiar yet disturbing atmosphere of this place stimulates imagination mightily...

The eeriness of this spot is intensified by it's silence and sensation of a total and sinister seclusion. Totenburg is located deep in the woods, on a quite high hill. Even though the monument is pretty vast, it's not easy to find it, especially that there are no guideposts (I could visit this site thanks to a friend of mine- a true history enthusiast). The place is indeed desolate, and despite being a historical artifact after all, it's been forsaken intentionally. It appears that this is the one last Totenburg left, the other two have been destroyed in 1945, this one however for some strange reason survived...


The visit in Totenburg was fairly brief, and taking pictures in a rush sometimes results in unnecessary elements (like people) present on the photo ;) 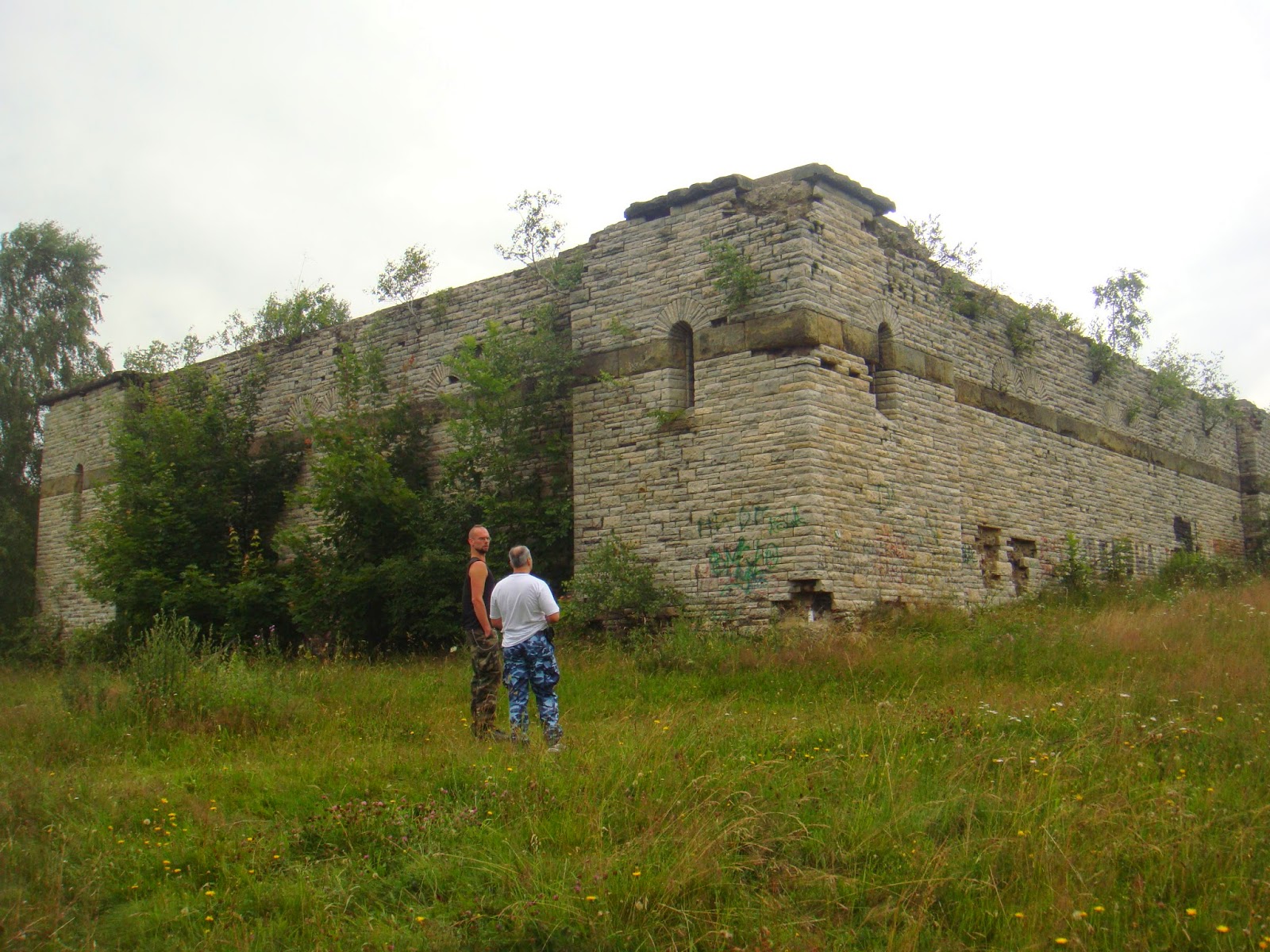 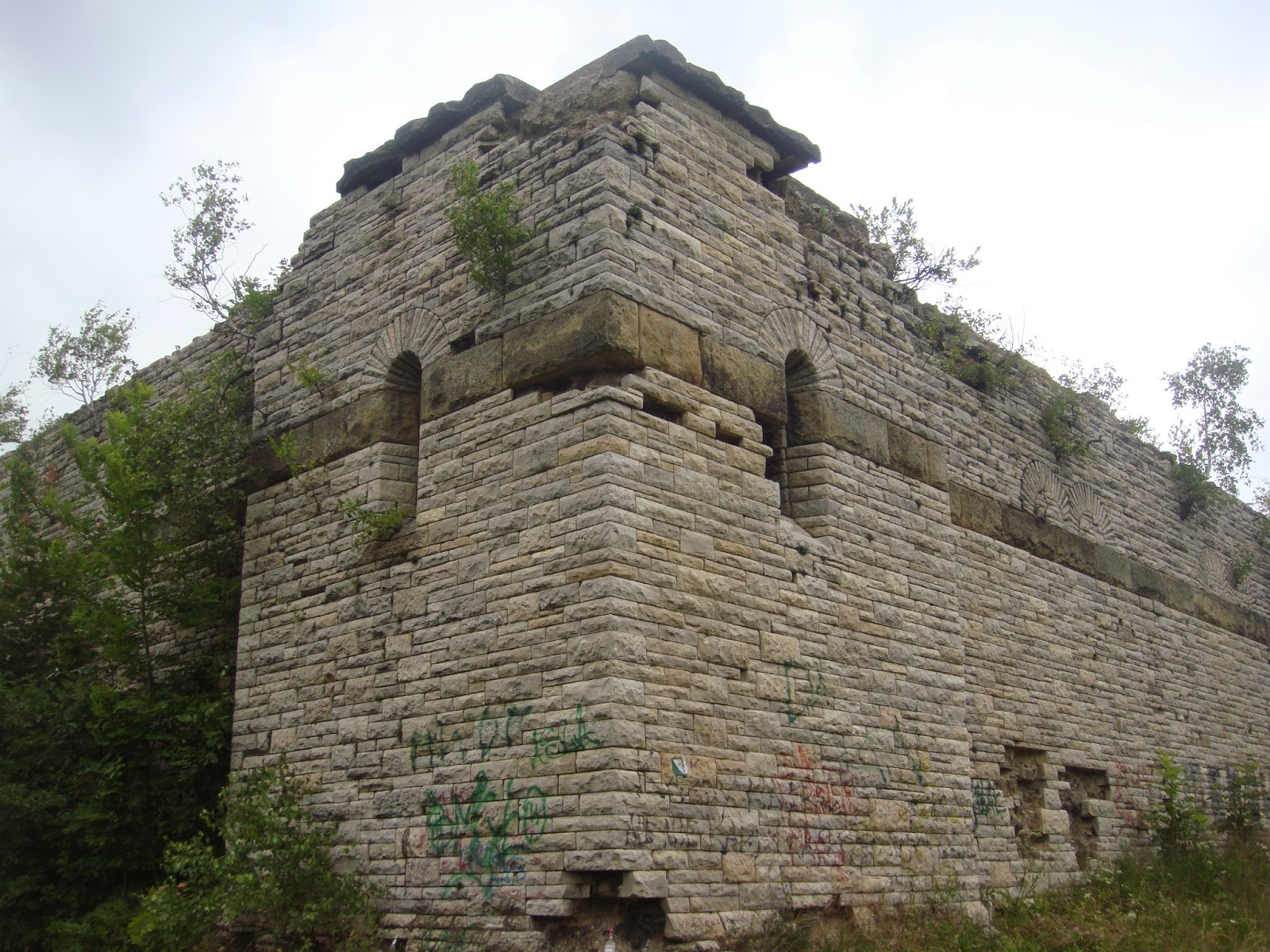 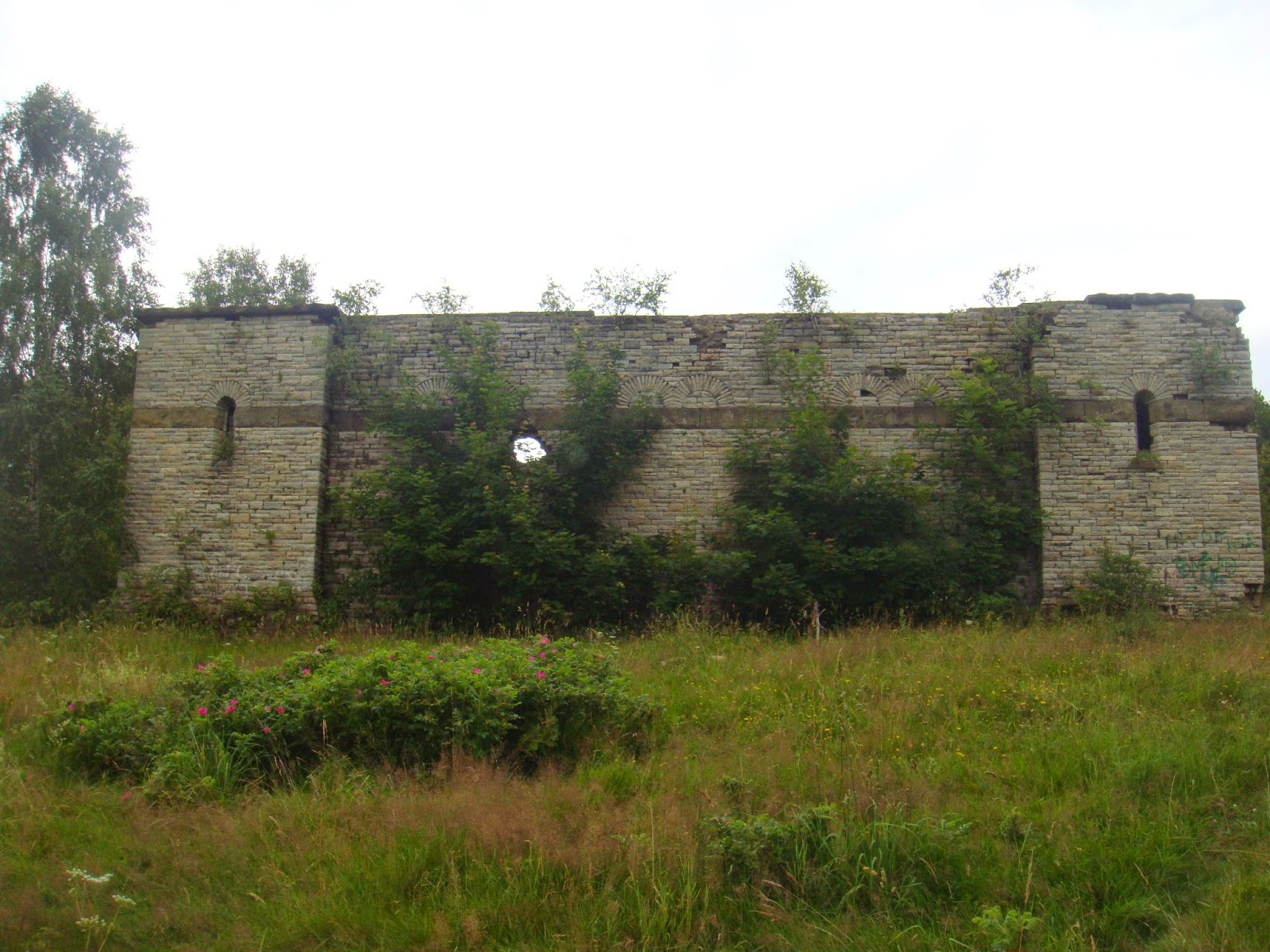 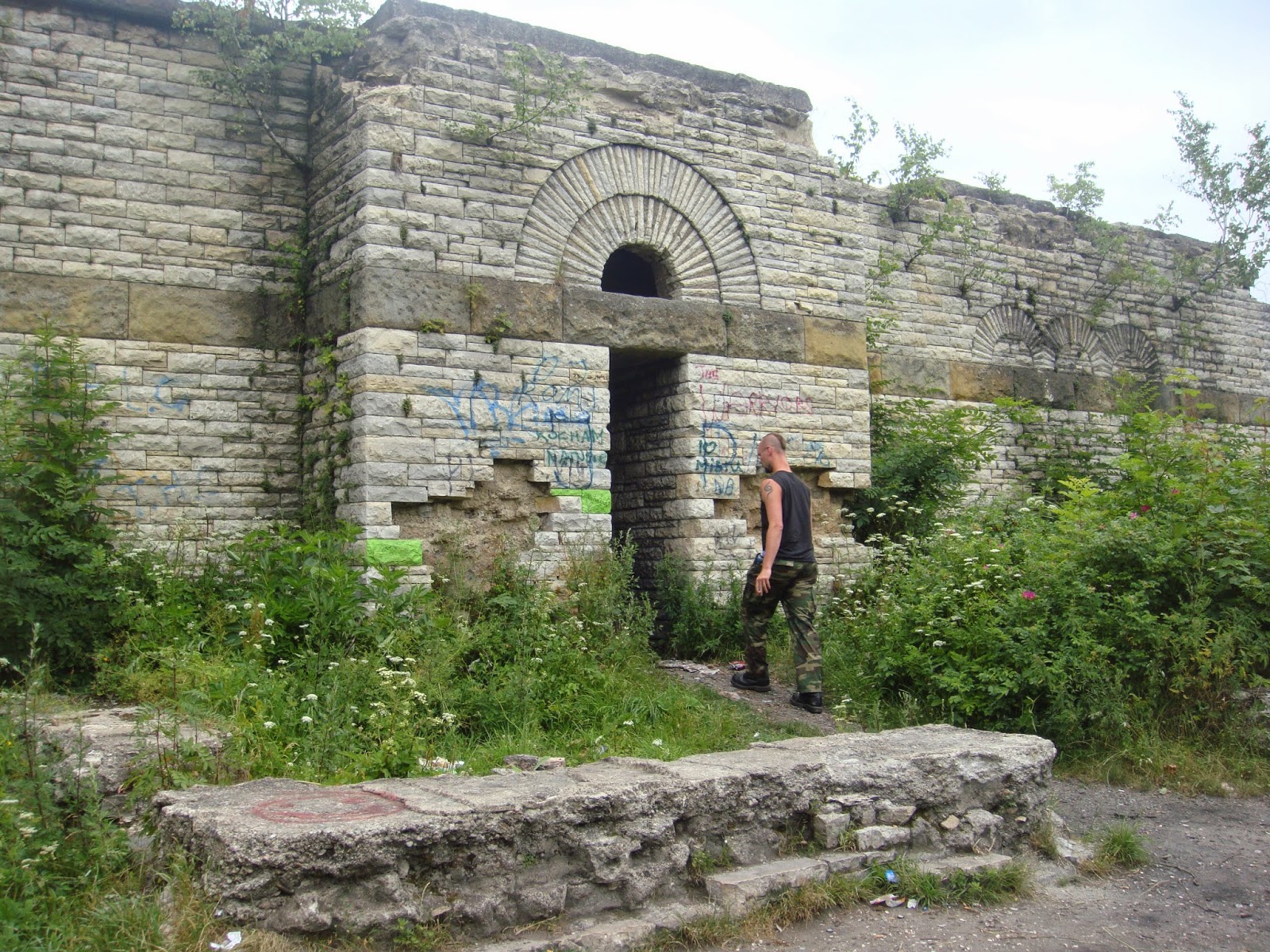 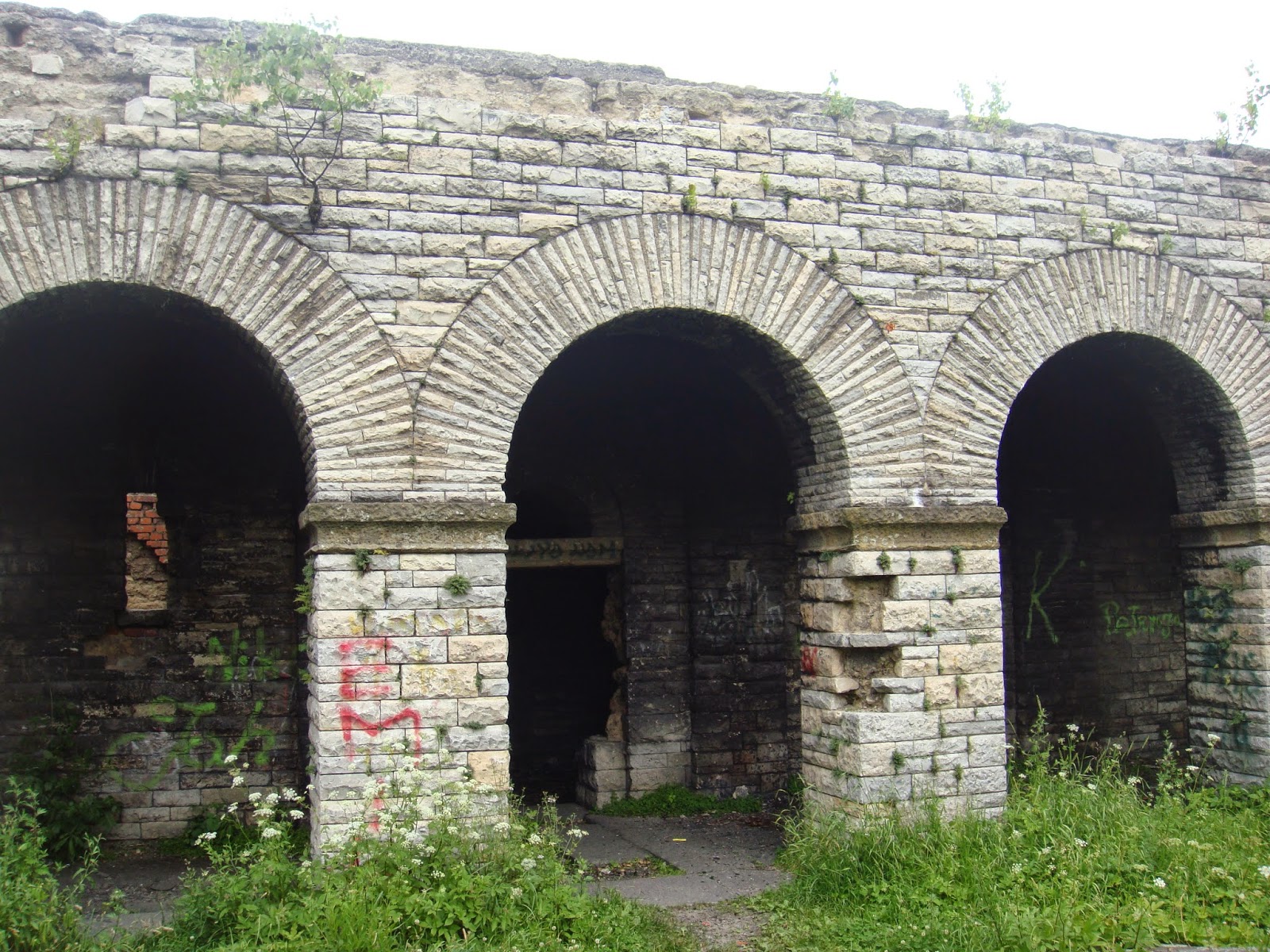 The atrium, where used to be a column with an eternal flame. 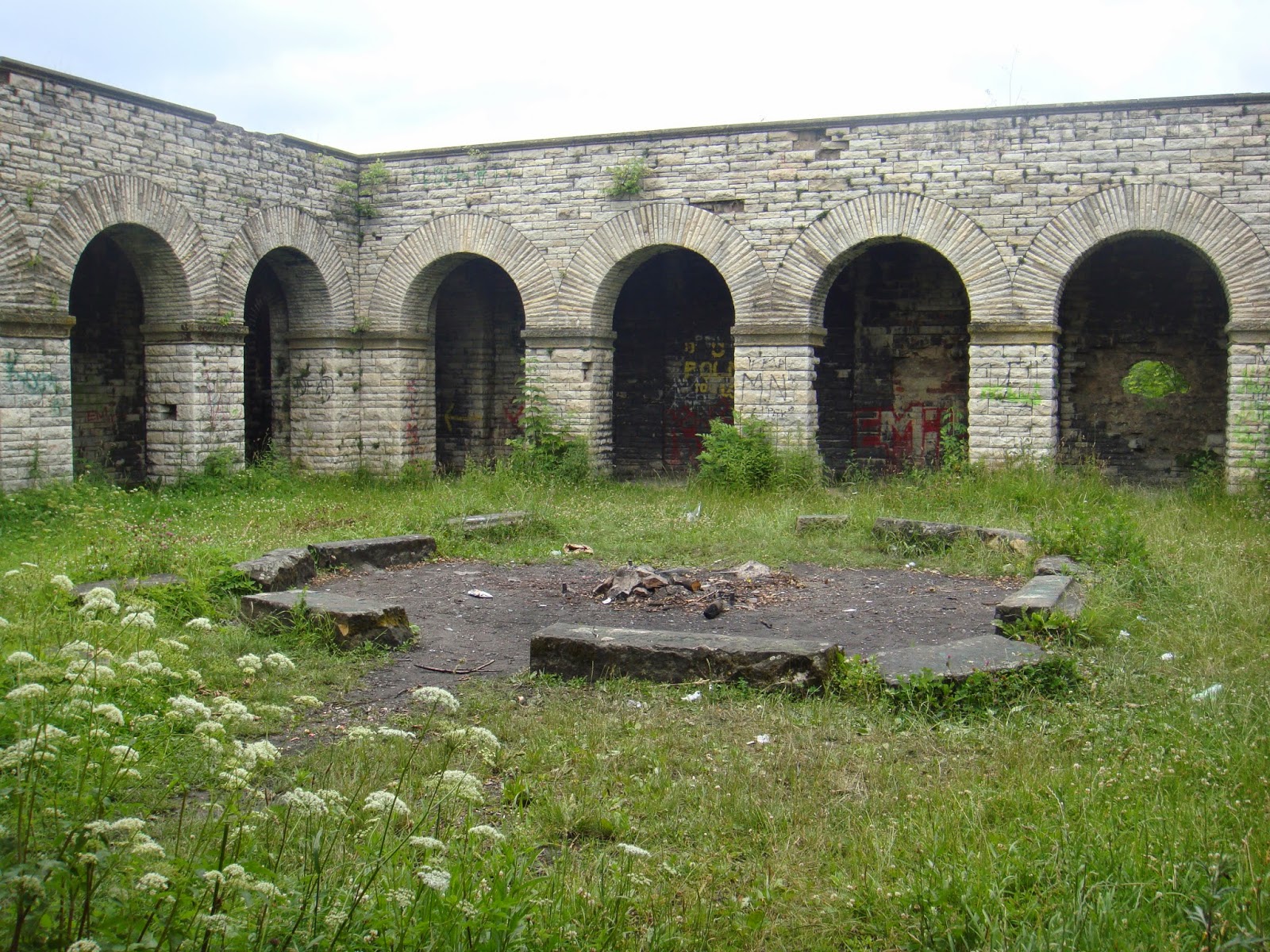 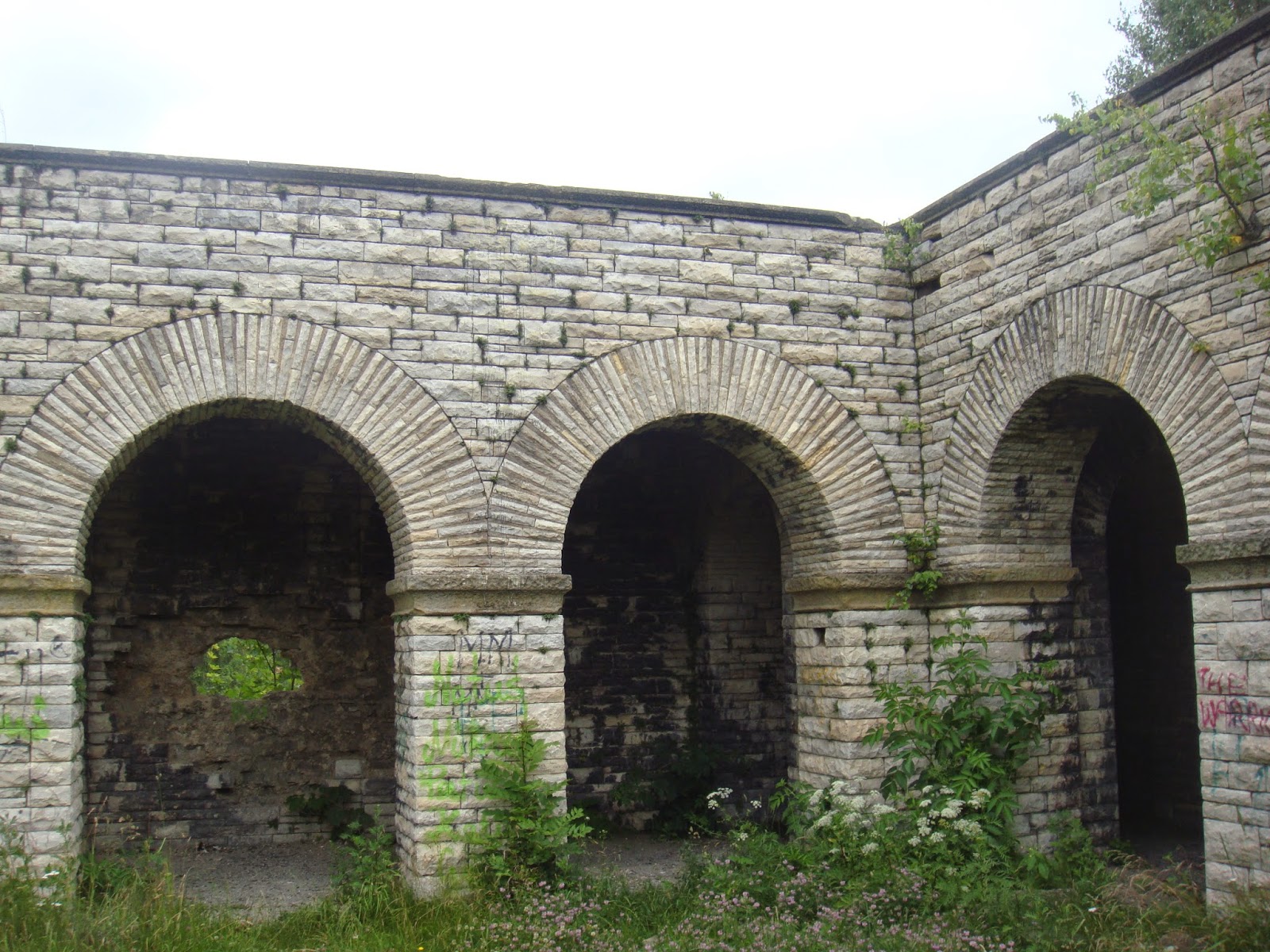 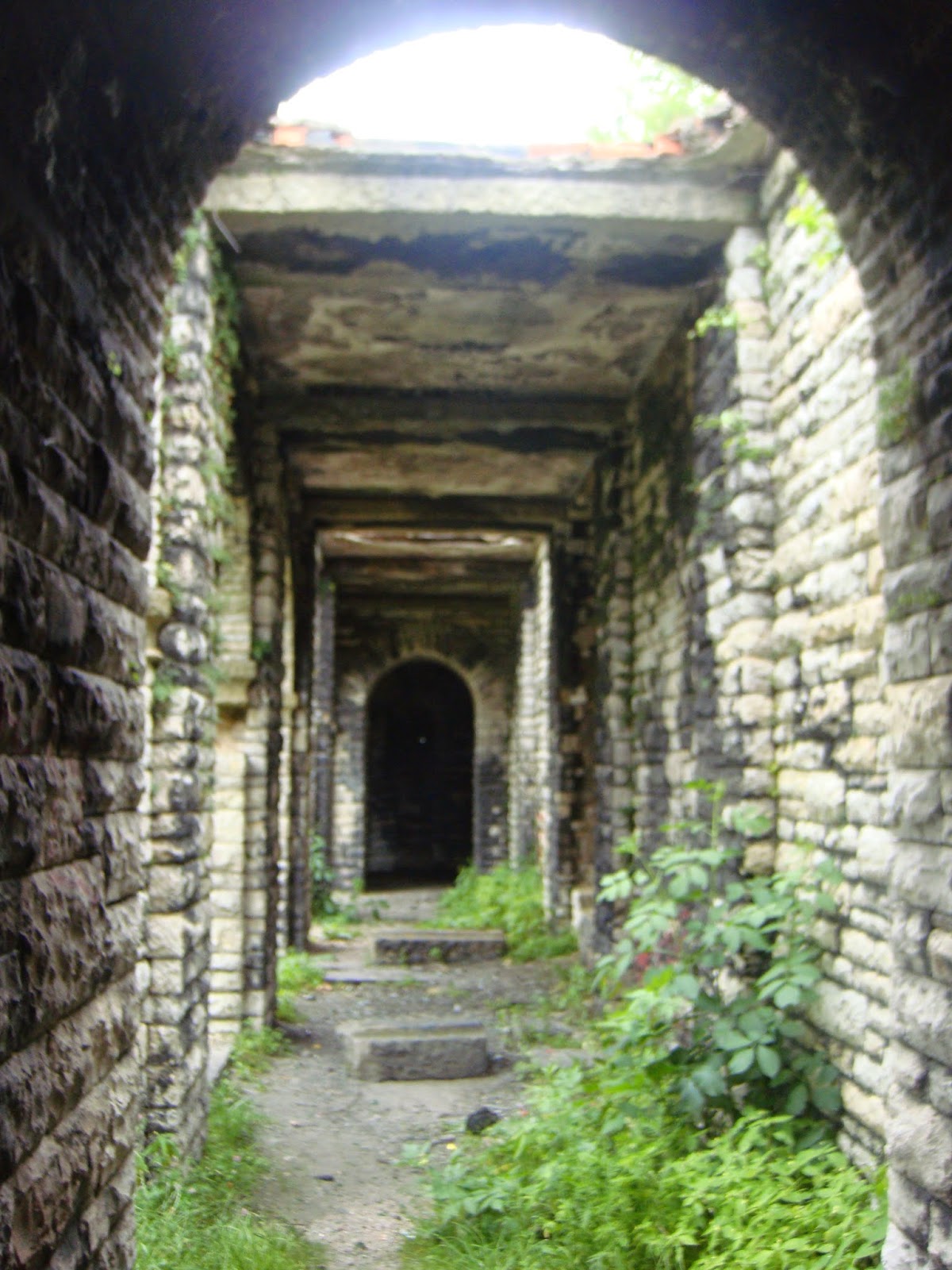 A memento of the old hosts of the building (or maybe a quite contemporary neo-nazi act of vandalism?). The writing reads Wir kommen wieder, which means 'we will come back' in German... 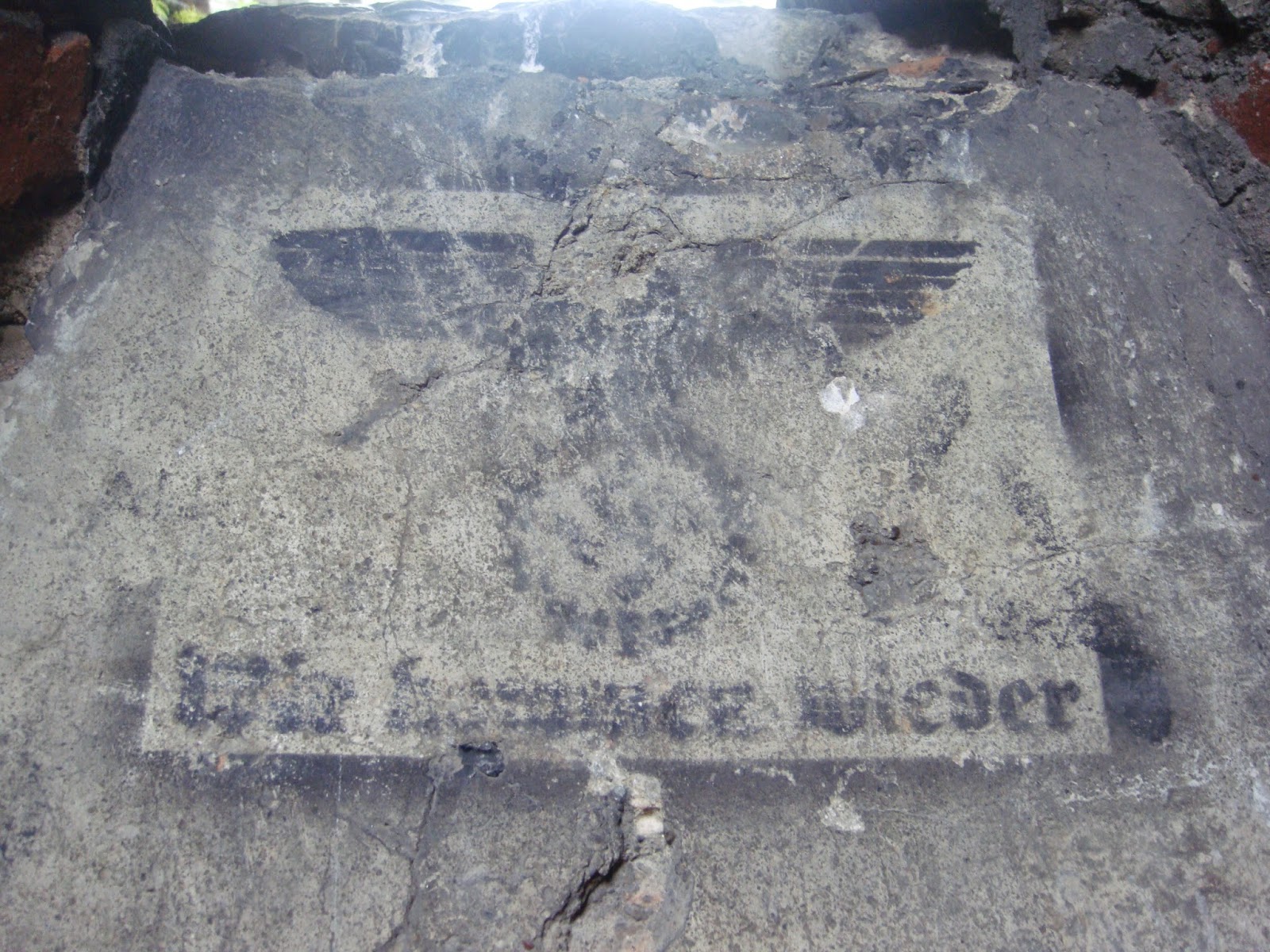 Ceiling with remains of a mosaic. 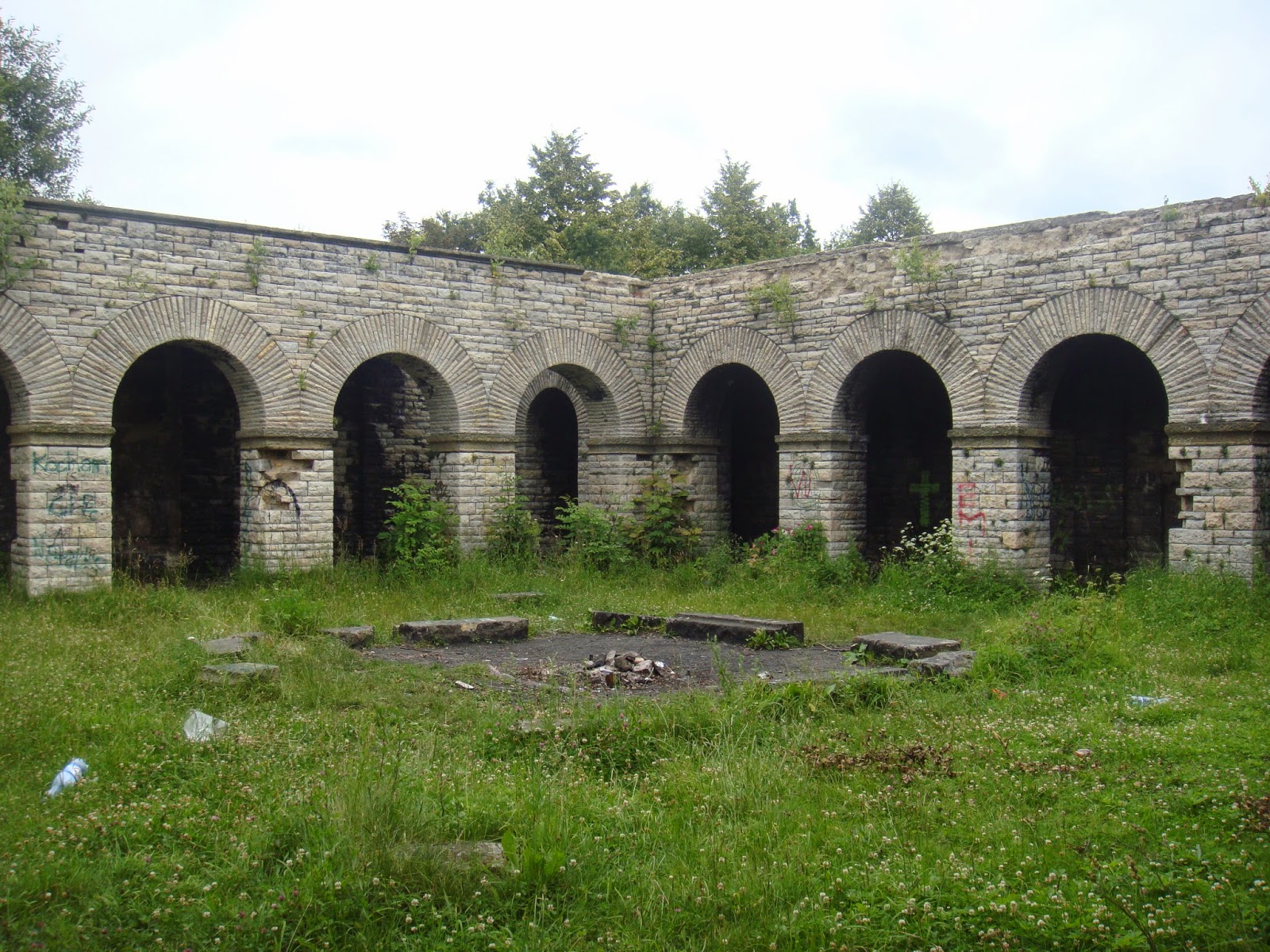 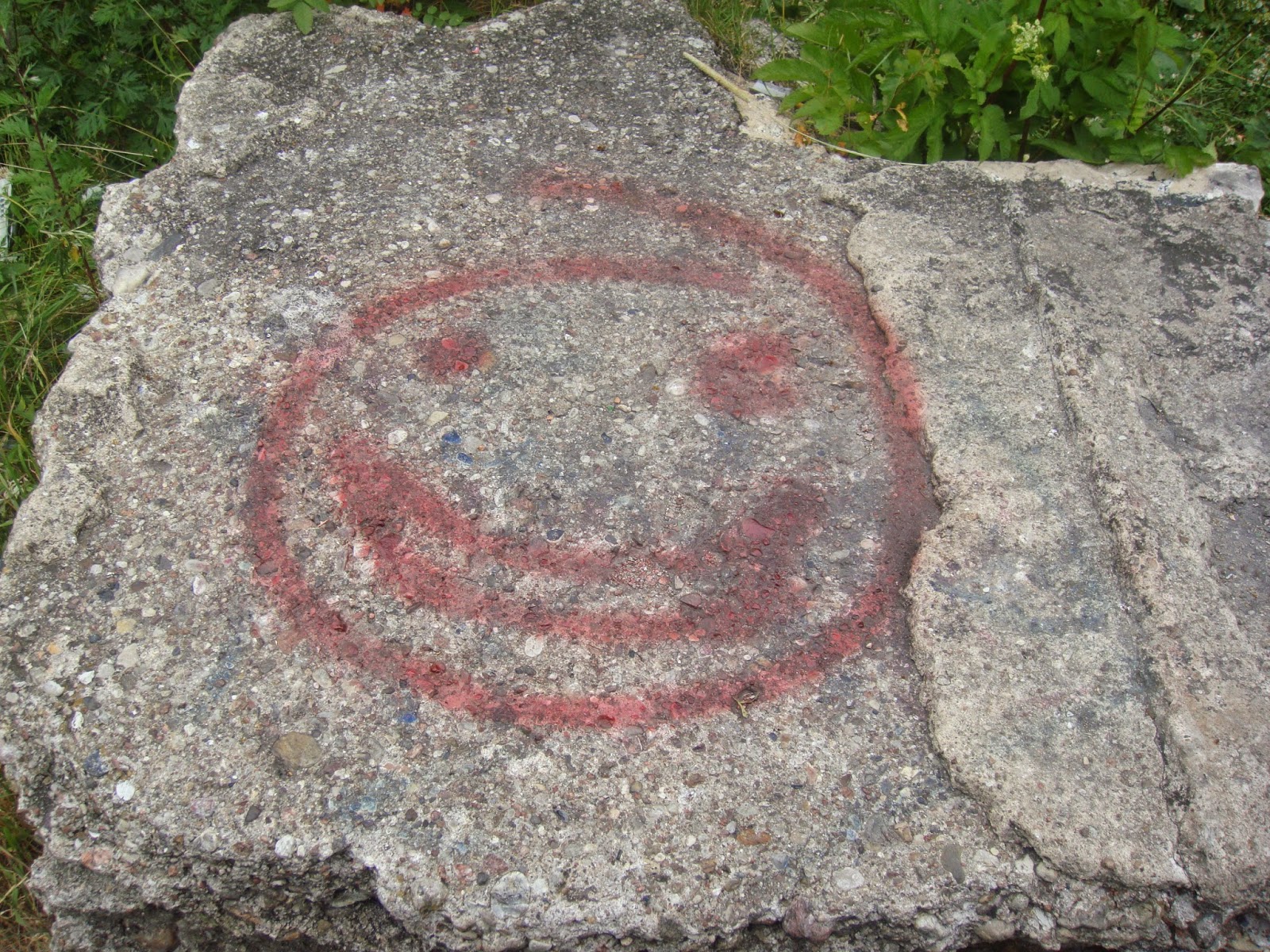 Most of the pictures you can see here, show buildings located in Poland, mainly Gdańsk area (the city I come from). However, recently I moved to the UK, thus I hope to keep on reporting and add plenty of new exciting spots I am about to explore soon here :)